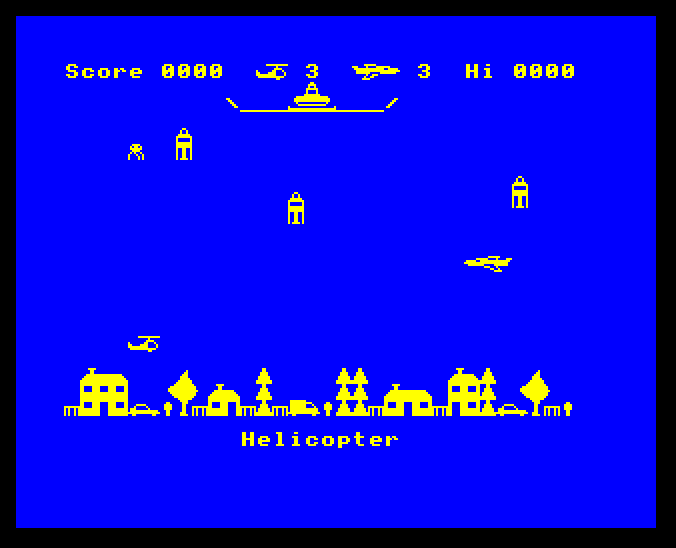 Originally authored by Nikola Stojanovic and converted to the BBC Micro by Adam Ruddle and James Byrne.

Martian Attack is an arcade style game for a 32K BBC Micro, once again the earth is under attack from strange Martian creatures!

Your task is to defeat the irksome invaders and save the earth. To aid your mission you have a helicopter and a plane under control. The plane is used to shoot down the alien spacecraft while the helicopter attempts to reach the landing pad at the top of the screen. When you reach the platform you pass on to the next level of the game.

As the helicopter nears the platform the aliens change from modules into heads, and the number of points scored for zapping them increases. At each successive level, the number of aliens increases, making it more and more difficult to complete the level.

A point to note when typing in this program is that a lot of the variables are in lower case letters and should be typed in as such. Be careful not to confuse them with capitals or the program may not work properly.