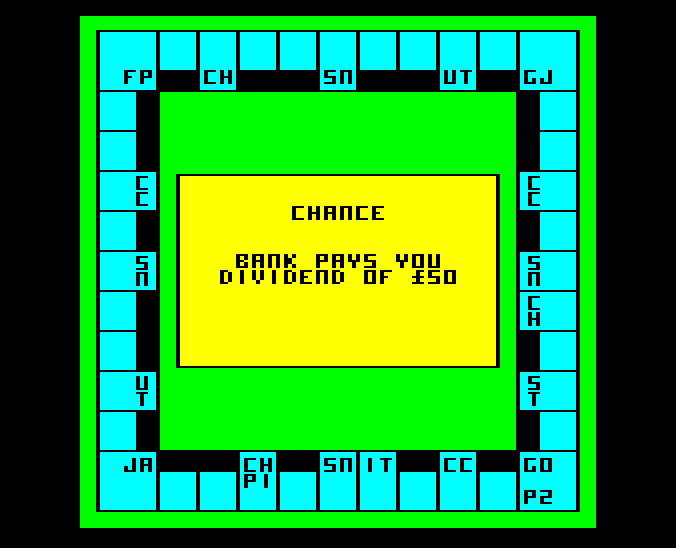 Published in the January 1984 issue and corrected in the March 1984 issue of Personal Computer World magazine (PCW).

Published on the PCW Games Collection from Personal Computer World magazine. These compilation cassettes were published by Century Communications Ltd.

Omniopoly bears more than a passing resemblance to a well-known board game... become a property millionaire! The computer plays the Bank and displays a very realistic board, while two human opponents compete against each other. The only change to the standard rules is the Auction Rule. In the board game a property is auctioned if not purchased by the first player to land on it, but this does not apply with the computer version. All other features of the board game are supported, and presentation of this excellent game rivals that of commercial versions. See you in Mayfair!