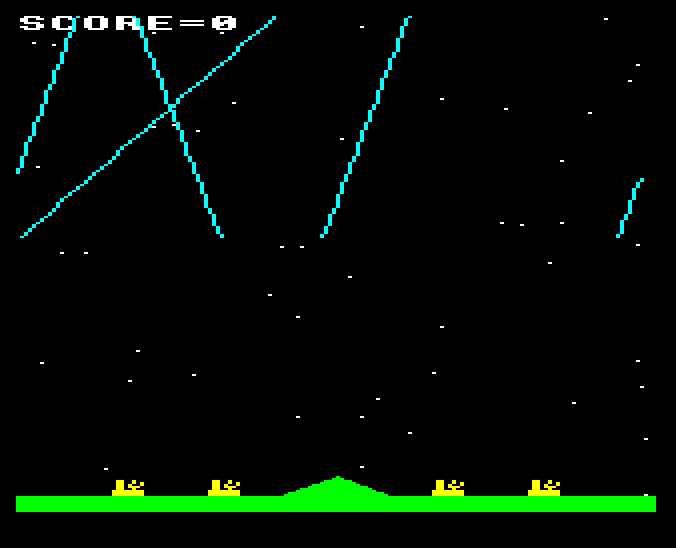 Just your luck to be in command when the enemy decides to take some pot shots at your sector! Missile Defender is a version of the classic arcade favourite Missile Command.

The object of the game is to protect your cities from an onslaught of IBMs (Intercontinental Ballistic Missiles, dummy, not computers from America!) The arcade original gave you three different bases from which to launch your missiles but, due to defence budget cuts, you have just one!

You score 25 points for each missile zapped. Every 1000 points you score gives you a new sector of four cities to protect. Each incoming missile is capable of wiping out a city and when all the cities are destroyed, the game is over. Your controls are: