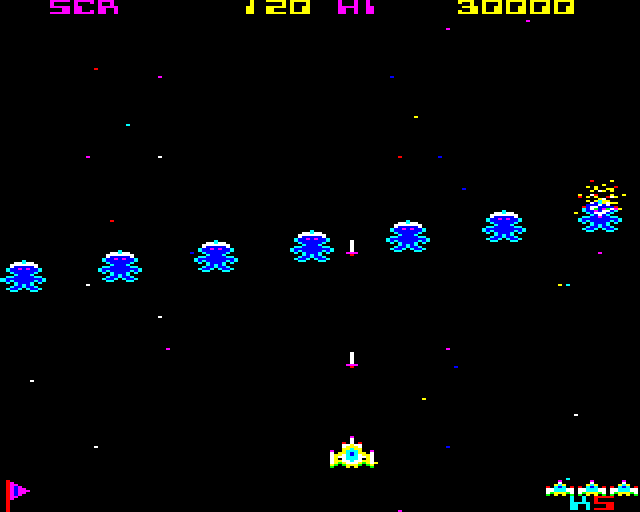 Galaforce is inspired by arcade fixed-shooter games, especially the Galaga series, but it isn't a clone of any one game in particular. The player controls a spaceship that can move horizontally and vertically in the lower part of the screen, as in Galaga 3. The ship comes under attack from successive waves of aliens. The aim of the game is to survive the attacks and score as highly as possible.

The original author, Kevin Edwards, has released the Galaforce source.