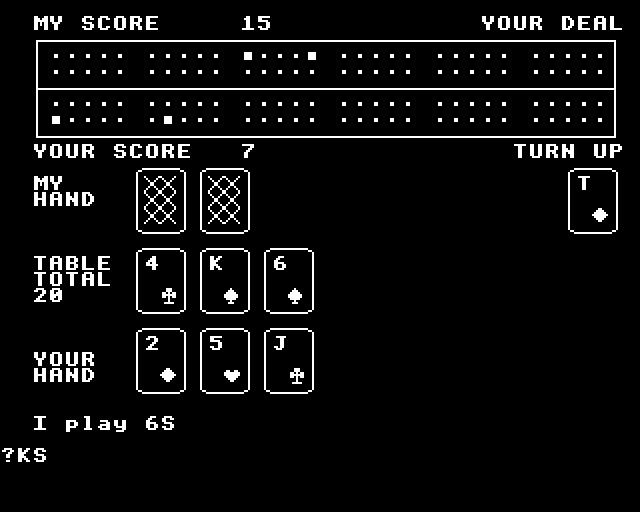 Cribbage Player was a commercial release by Quality Software for the Exidy Sorcerer in 1980. The author was Bob Stafford.

In 1985, adaptations for the BBC Micro and the Amstrad CPC were published in the July, August and September issues of Computing Today magazine. The BBC Micro listing had a lot of bugs.

We created the version of the game seen here by using the published BBC Micro listing as a starting point and then cross-referencing the Amstrad listing to try to fix the bugs. Have we caught them all? Let us know.