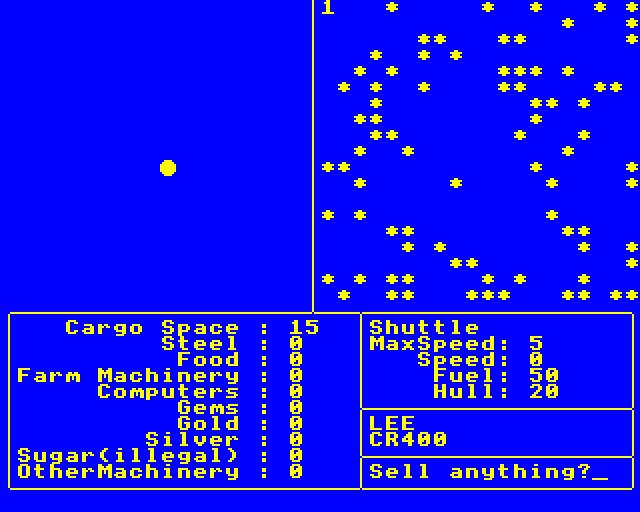 We had initially noted that this game might have been influenced by Star Trader (1974) or by one of the later ports such as the 1984 Bug-Byte release for the Sinclair Spectrum – but the author, Sam Redfern, contacted us in September 2021 and said, "In fact, it wasn't influenced by either of those – I wasn't aware of them. It was loosely based on a boardgame which my brother and I had made. Even more loosely, it was based on the Traveller pen & paper RPG." Thanks for the correction, Sam!