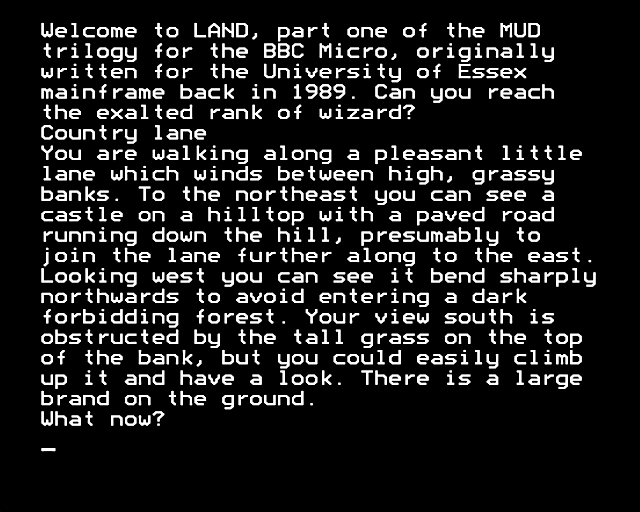 Press the Shift key to scroll the text whenever it pauses on screen.

LAND requires seven banks of Sideways RAM to be available for use in a BBC Micro.

LAND is a single-player BBC Micro port of a MUD that ran on the DEC mainframe computer at the University of Essex in the 1980s and 90s. The mainframe version of LAND was written by Darren Higgs (Toodleoo), Jonathan Cornell (Arnie), Bret(t) Giddings (Bret), and Richard Thombs (Zarf).

The Essex University mainframe had previously hosted the original MUD, known as MUD1, which was created in 1978 by Roy Trubshaw and Richard Bartle.

More details about the history and development of LAND are available at Stardot.