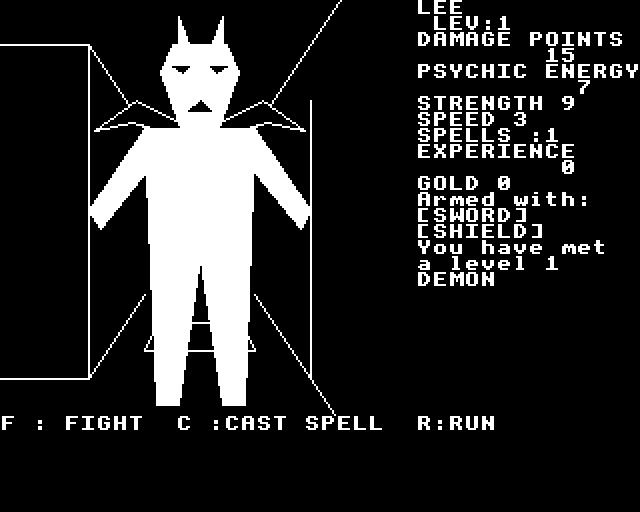 Published in the book Electron Programs by Nick Hampshire (programs by Carl Graham).

The book featured three adventure games, On The Way To The Interview, Planet Of Muton, and Dungeon Level 99.

Later published on the Electron User Group PD Disc 58 in May 2001.