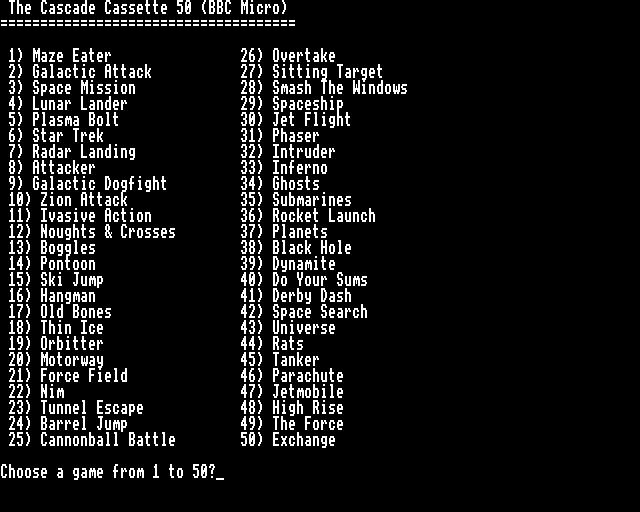 This compilation contains 48 very poor-quality 'shovelware' games. Yes, 48 — the last two games listed on the inlay are not included. (See the Electron version for the other games.)

This compilation was later released on 8BS PD disc TBI201.