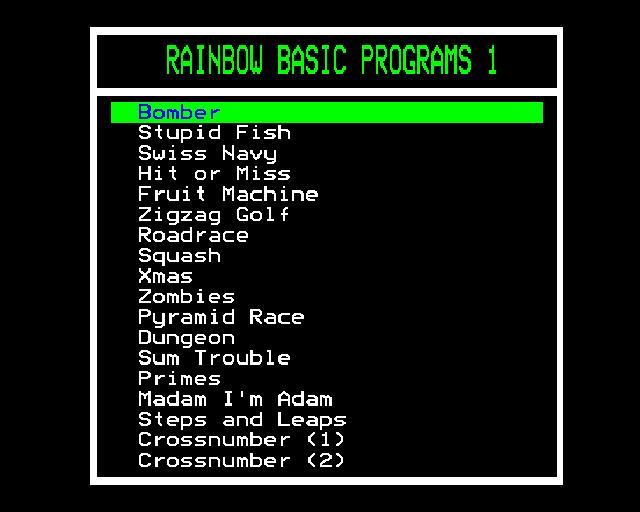 The Rainbow Book Of BASIC Programs was published in 1984 by Grisewood & Dempsey Ltd.

It contained listings for fifty programs that could be adapted for the Sinclair Spectrum, The BBC Microcomputer, The Acorn Electron, The Dragon 32 and the Commodore VIC 20 computers.

The three discs on bbcmicro.co.uk feature twenty-seven of these programs that can be described as games. The rest of the programs have not been included at this stage.

The programs included on Part 1 are:

There are six program authors listed in the book, but they are not given attribution to each program, so all six have been listed above.