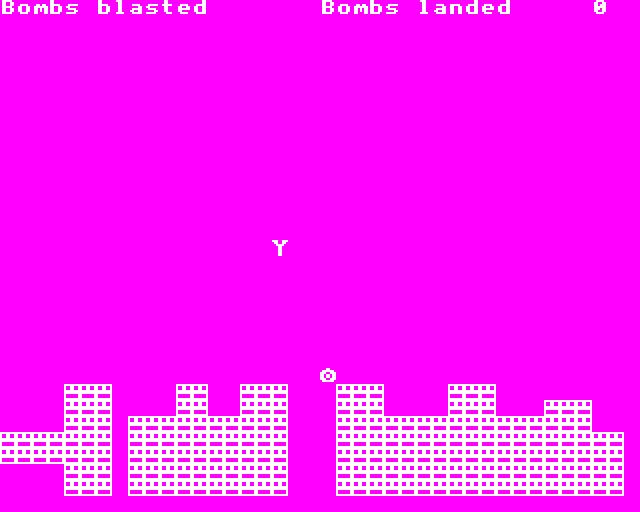 This listing was published in the book 100 Programs For The BBC Microcomputer by Prentice Hall International in association with Acornsoft. The book contains the following description:

In this program, the user has to defend his city against attacks from the sky. The game is played purely in text, with many user defined characters. The city is built up in lines 230 to 360. The user has control of a laser gun which can be used to knock out bombs which appear at random at the top of the screen. To control the gun, we use the edit keys (hence the use of *FX4,1) to move horizontally and <COPY> to fire the gun. The game finishes when the city is destroyed, which can take some time!