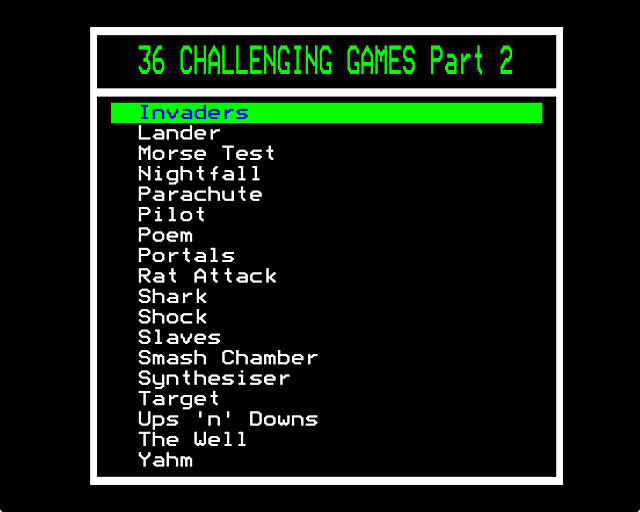 Published in the book 36 Challenging Games For The BBC Micro by Tim D. Rogers and Chris Callender, published by Interface Publications.

The book contains the following note about high scores:

In some of the programs in this book, the integer-variable H% is used to store the hi-score for a particular game because it is not altered by RUN. Because of this you must type in

before running a game for the first time so that you do not have the hi-score from the previous game interfering.

In some games, the 'highest score' is actually the lowest score, for example in games where you have to do things as quickly as possible. Before playing games of this sort, please enter

Please note that some of the games need alterations (which are noted in the book) to make them work on a BBC Micro Model A.