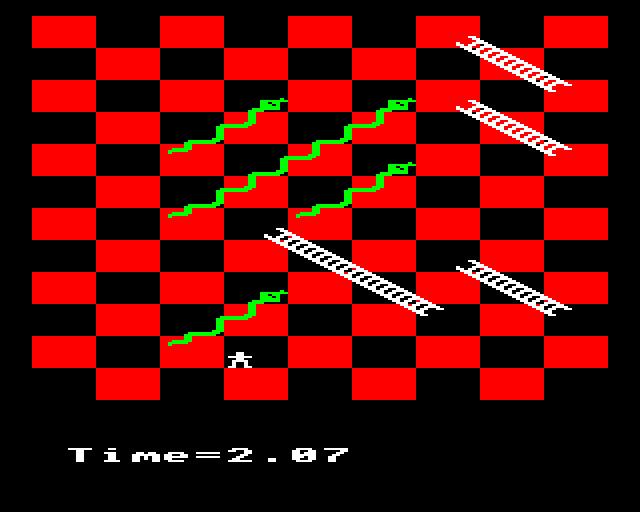 Published in the book The Electron Gamesmaster from Granada Technical Books (Granada Publishing Ltd). The book contains the following description:

In this chapter a traditional and well known game, Snakes and Ladders, is given new life in a computer implementation. Traditional games are an obvious source for anyone looking for new ideas for computer games. Not only can they be implemented according to their original rules, they often provide the starting point for games that could only be played with the aid of a computer. As an example of this idea, at the end of this chapter Snakes and Ladders is modified into a fast action computer game that could never have been played using a board and dice!

Two different versions of this game were printed in the book, and both of them are available here.

Both versions of the game later found their way onto the Electron User Group PD disc 49 in March 2000.