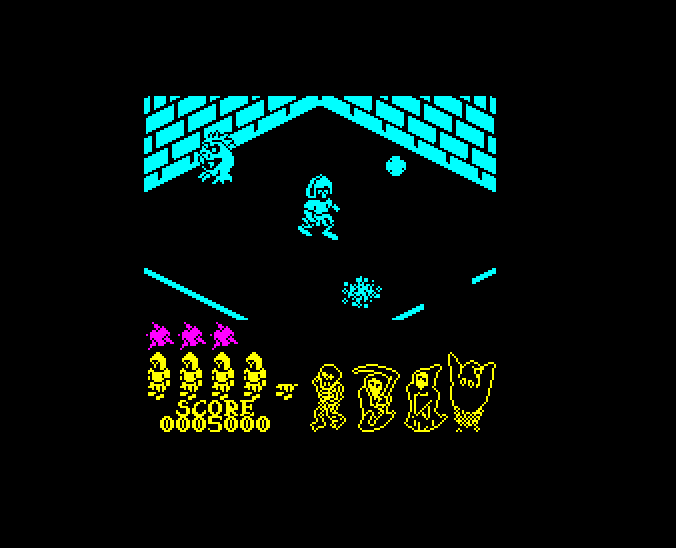 Nightshade is an action video game ... the player assumes the role of a knight who sets out to destroy four demons in a plague-infested village ... The game features scrolling isometric gameplay, an improvement over its flip-screen-driven predecessors, Knight Lore and Alien 8, all thanks to an enhanced version of ... Ultimate Play the Game's Filmation game engine, branded Filmation II. [Wikipedia]

Originally written by Chris and Tim Stamper for the Sinclair Spectrum. Converted to the BBC Micro by Paul Proctor.