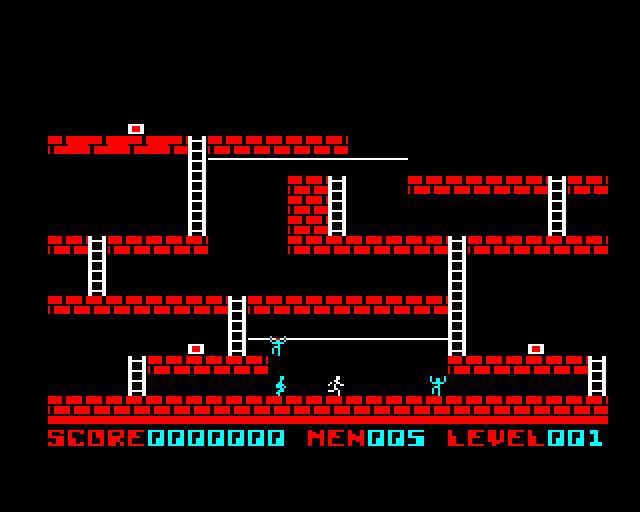 This is the BBC Micro version of Douglas E. Smith's classic platformer for the Apple II and various other computers:

Lode Runner is a 2D puzzle-platform game, published by Broderbund in 1983. The player controls a character who must collect all the gold pieces in a level and get to the end while being chased by a number of enemies. It is one of the first games to include a level editor. [Wikipedia]