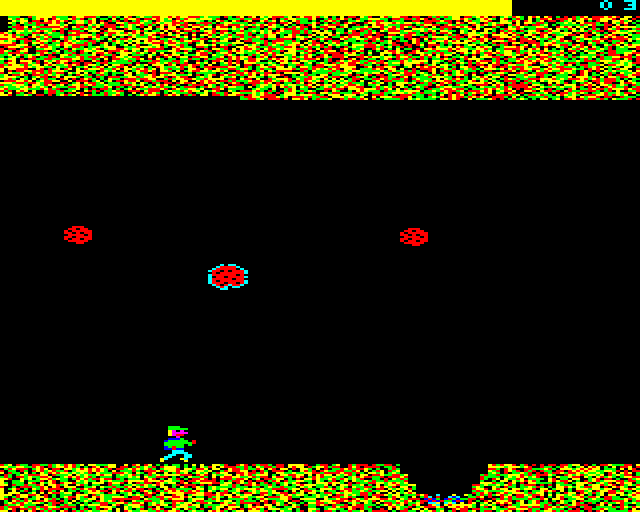 Of all the complete games that Superior Software considered, Jeremy Goes Jumping is probably the best BBC Micro/Electron game that didn't quite make it to publication.

The game is unusual, featuring a character called Jeremy who is equipped with a jet pack enabling him to fly – provided of course he manages to keep it topped up with fuel. The game is set on a strange cosmic landcape with asteroids whizzing overhead. Jeremy has to avoid asteroids while he flies over bushes, trees, rivers and many other obstacles which he encounters as the game progresses. Eventually he also has to dodge gunfire and bombs, and wind his way through narrow tunnels.

It's an atmospheric game with a soundtrack of "Scarborough Fair", a traditional piece of music popularised by Simon and Garfunkel. It has a kind of surreal feel to it at times as you fly high above the landscape. A reasonably good game overall; there are a few rough edges here and there, but it's fun to play – and has some novel touches.