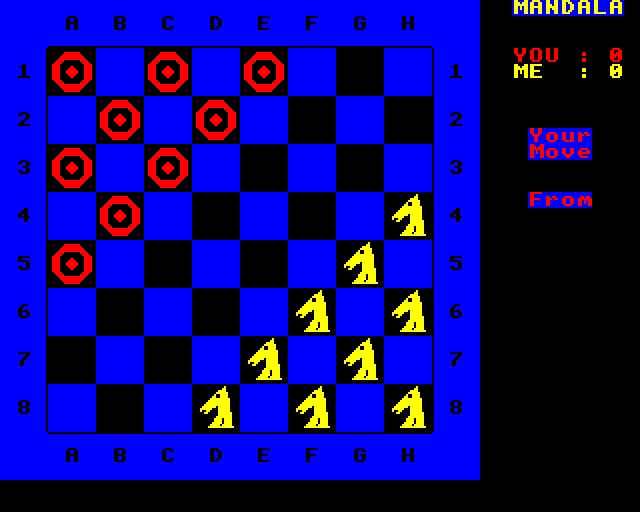 Based on Draughts, this game pits you (the round, mandala like pieces) against the BBC Micro's pieces (which look a little like Chess knights). You move diagonally, as in Draughts, and you capture by jumping over the opponent's piece into an empty square beyond. There are no multiple jumps. Each piece can move in any direction (that is, forwards or backwards on the diagonal).

You start off in the corner of the board, rather than along the sides as in ordinary Draughts. You defeat your trusty BBC Micro if you manage to capture seven of its pieces before it manages to capture seven of yours. The computer will concede the game if it decides you have such a lead that it could never catch up.