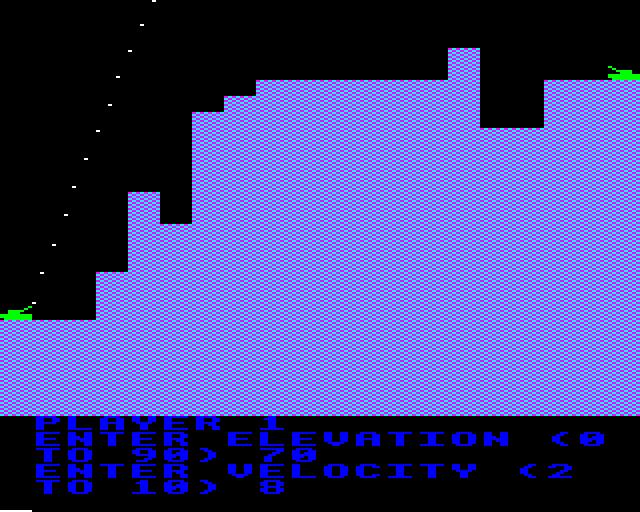 Published in the book Sixty Programs For The BBC Micro by Pan Books Ltd, in association with Personal Computer News. The book contains the following description:

Tanx is a two player game in which two guns are placed on either side of a range of randomly generated hills. Each player takes turns in attempting to hit the gun on the other side by entering the angle and velocity of fire. The winner is the player with the highest score after a total of seven hits have been made. Your best chance of success is to use the smallest possible angle of elevation for a given velocity and, at higher speeds, it may be possible to fire through one of the hills.