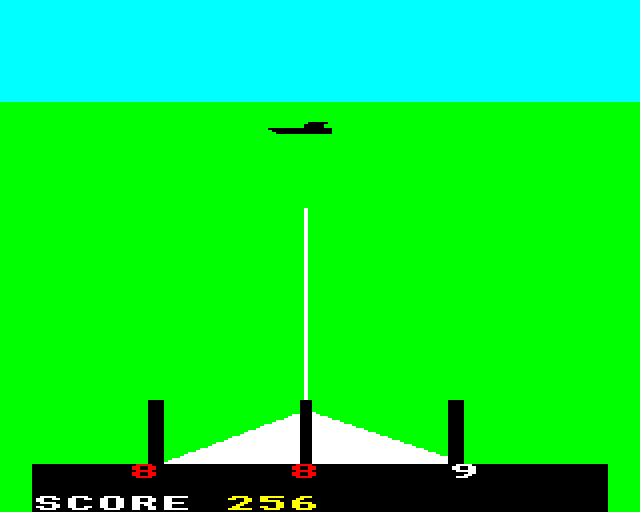 Published in the book BBC Micro Programs In BASIC from Newnes Technical Books. The book contains the following description:

Here is a great game for those who like shooting games. We suppose the player to be torpedo officer or captain of a warship. He has three torpedo tubes numbered left to right, each with a magazine of nine torpedoes. An infinite array of enemy ships is constantly parading from right to left of the screen. These are of different types, proceeding at different speeds at different distances up the screen. The player simply presses the numeric key 1, 2 or 3 according to which torpedo tube he wishes to fire. The track of the torpedo is then seen progressing up the screen until it either hits a ship or disappears over the horizon. Only one torpedo may be in motion at once and of course the player cannot fire more than the specified nine torpedoes from each tube. At all times there is a visual indication of how many torpedoes remain for each tube, and of the player's score.

Scoring depends entirely upon difficulty. That is to say, the leftmost torpedo tube (if successful) scores less than the rightmost. Similarly, slower and larger targets score less than swift small ones, and targets crossing near the bottom of the screen score less than those on the horizon. Thus the game is a real test of skill. The game ends when the player runs out of torpedoes, and the computer retains details of the best six scores and their scorers.