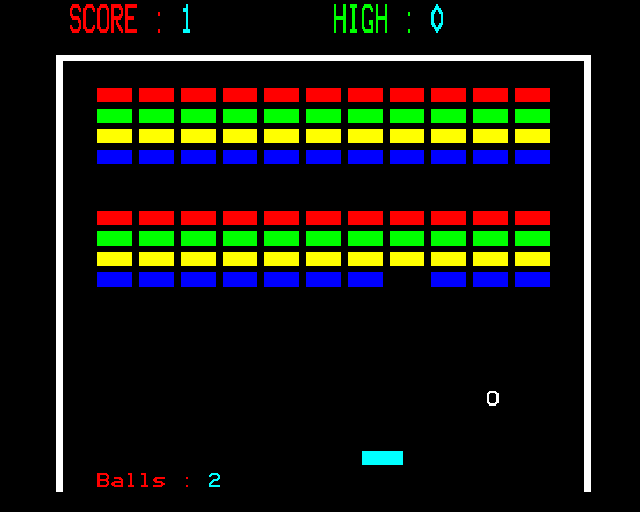 Published in the book The Giant Book Of Games For Your BBC Micro from Fontana Publishing, which contains the following description:

This game, patterned after one written by Mike O'Neill, is a two-wall version of the popular arcade game which is often called 'Breakout'.

The aim of the game is to destroy all the bricks in the walls by controlling the ball with your bat. The bat moves horizontally at the bottom of the screen. The ball moves at two different angles, and there are three bat sizes. The bat gets smaller as the game progresses - after a certain number of hits, when the ball reaches the second wall and when the ball hits the top of the screen.

The colour of the brick determines how much it is worth. The high score displayed on the screen, next to the current score. The number of the ball in play is also shown. The high score is updated at the end of each game.