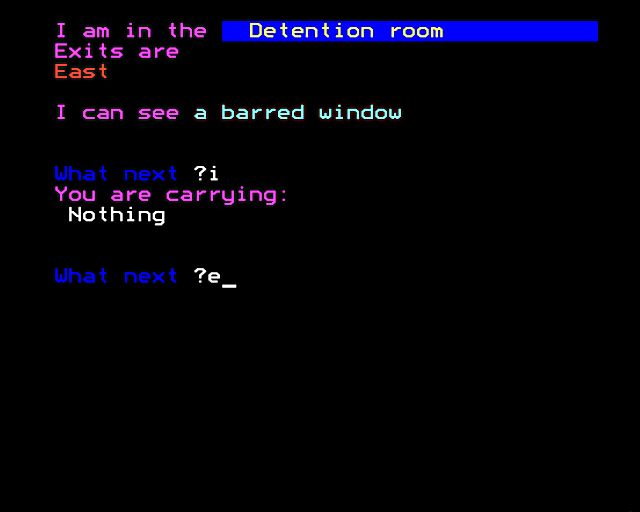 Published as "Night School" in the Virgin Computer Series book Adventures For Your BBC Micro by Alex Gollner, which contains the following description:

Just when you thought you had the school computer to yourself an underling of the headmaster calls you to his office. He accuses you of programming the computer system to randomly print smutty language on the terminals while the first years were having an Information Technology lesson. Although you are innocent your protestations fall on deaf ears. You are sentenced to a three-hour detention for the next three nights.

As you have been a model pupil you have never stayed after school before — had you any inkling of what really went on at the school you would never have stayed until the end of the day. After dark your school undergoes a horrible transformation. Familiar objects turn nasty. Death stalks the school corridor. Will you escape with your life?

Instructions are included in the program — your commands should be entered in lower case.