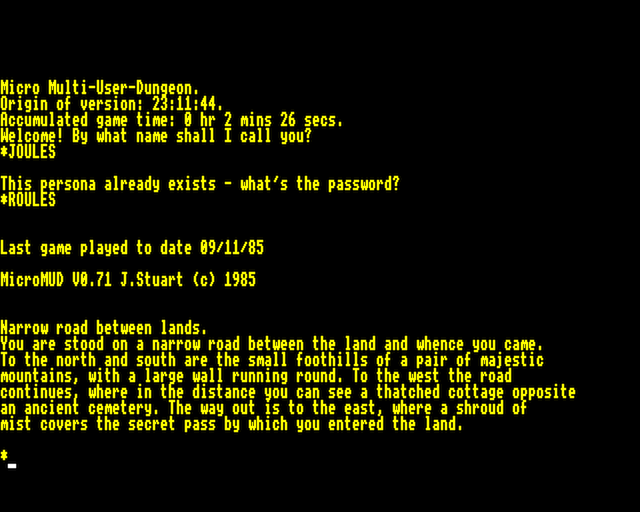 This is an early, incomplete version of MicroMUD, a home-computer adaptation of Trubshaw and Bartle's MUD.

MicroMUD was released for the Commodore 64, but the BBC Micro version was never officially released.

More details about MicroMUD at Stardot.