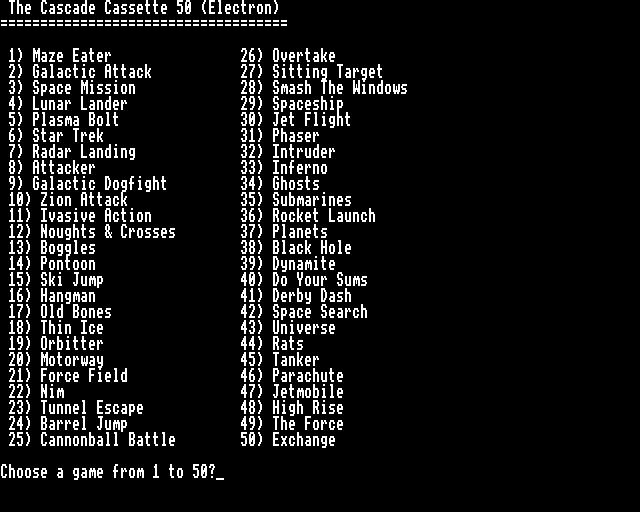 More than you ever wanted to know about Cascade Cassette 50.

It appears that Cascade labelled the BBC Micro cassette and the Acorn Electron cassette the wrong way round. (Also, some games were repeated.) The cassette that was originally labelled "BBC" contained games mainly in MODE 6, which suits the Electron much better, while the cassette labelled "Electron" had higher-quality games that were better suited to the BBC Micro! The compilation on this webpage was wrongly labelled "BBC" originally, but we have chosen to correct the error and to label it as the Electron version here.