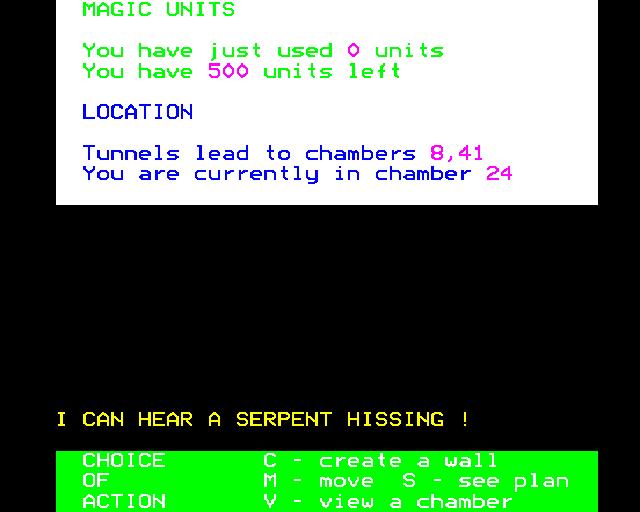 White Barrows is an adaptation of Hunt The Wumpus, the 1975 game by Gregory Yob.

The game was adapted for the Acorn Atom by Andrew Thomas and Gareth Callister. The Atom listing was printed in Computing Today magazine in January 1982.

It was later converted for the BBC Micro and published in Personal Software magazine, issue 1, summer 1982.

Thie game was then expanded and released commercially in 1983 by ASP Software. The version here is the expanded commercial release.