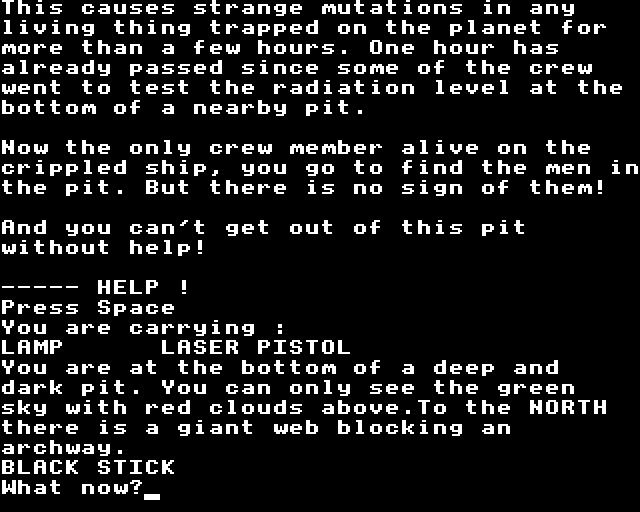 Published in the book Electron Programs by Nick Hampshire (Programs by Carl Graham).

The book featured 3 adventure games, On The Way To The Interview, Planet Of Muton, and Dungeon Level 99.

Later published on the Electron User Group PD Disc 58 in May 2001.