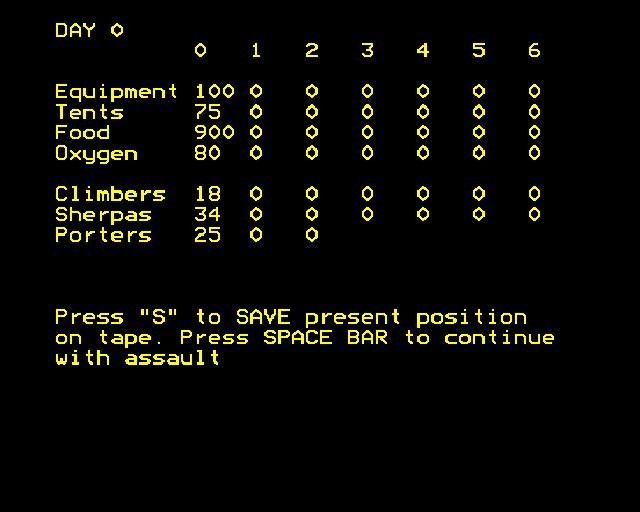 The original listing by Simon Bunce for the NASCOM 2 computer was printed in Computing Today magazine in the May 1981 issue.

This was later converted for the BBC Micro and printed in Personal Software magazine, issue 1, summer 1982.

This was then expanded and released commercially in 1983 by ASP Software.