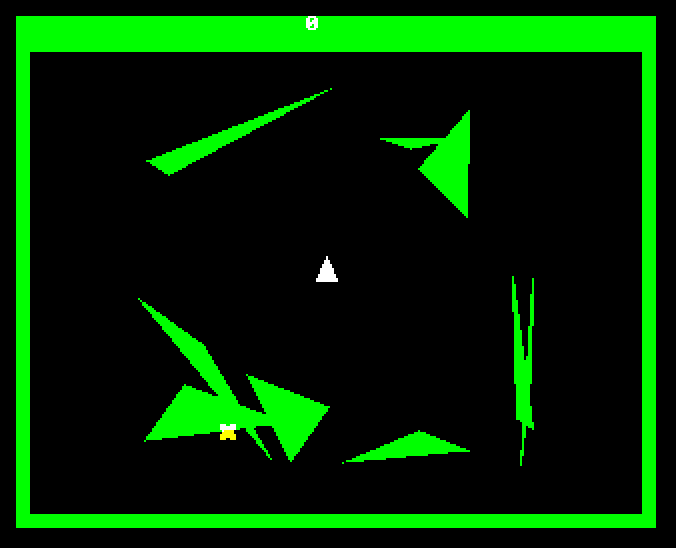 Trank is an original zapping game involving Herman, the triangular tank, and a wandering gaily coloured target. The aim is to shoot as many targets as possible, without running into them, the walls or the obstacles. Herman can be controlled by either the keyboard or two joysticks, and the method of control is a little different to most games. If you are using joysticks the left stick controls his left caterpillar track and the fight stick controls his fight caterpillar track, so if both sticks are fully forward he will go forward at top speed, and if they are both back he will go in reverse at top speed. If one stick is forward and one back he will turn. Using the keyboard is similar: