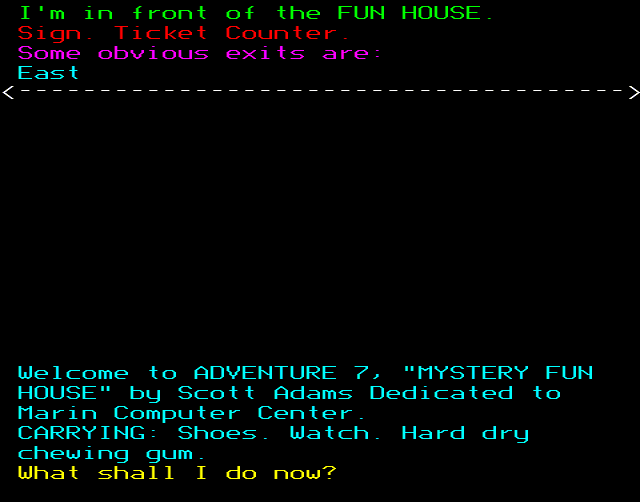 Mystery Fun House was first sold via the TRS-80 Software Exchange in SoftSide magazine. It was first advertised for sale in the October 1979 issue along with Strange Odyssey. At this time it may also have been available to purchase via certain dealers or directly from Adventure International in Florida.

Alexis Adams isn't credited as co-author but claimed to have been involved in the writing.

The BBC Micro conversion, by Mak Jukic, was released in 1984.