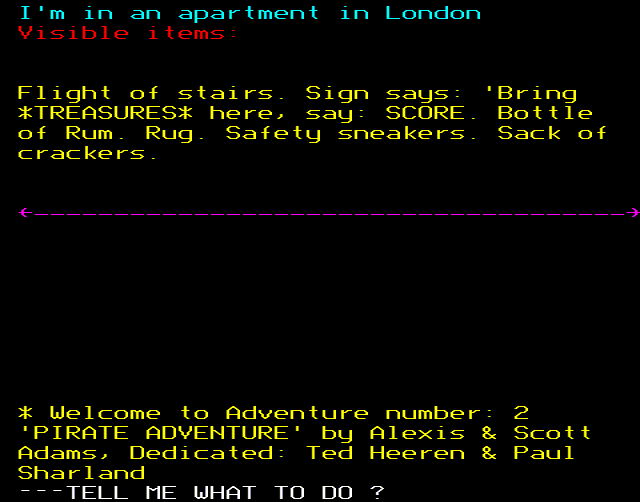 Pirate Adventure was first sold via the TRS-80 Software Exchange in SoftSide magazine. It was first advertised for sale in the February 1979 issue, which, because of the way magazines are dated, could have been on sale in late 1978, or early 1979.

A type-in version of the game, for the TRS-80 computer, was published in the December 1980 issue of Byte magazine.