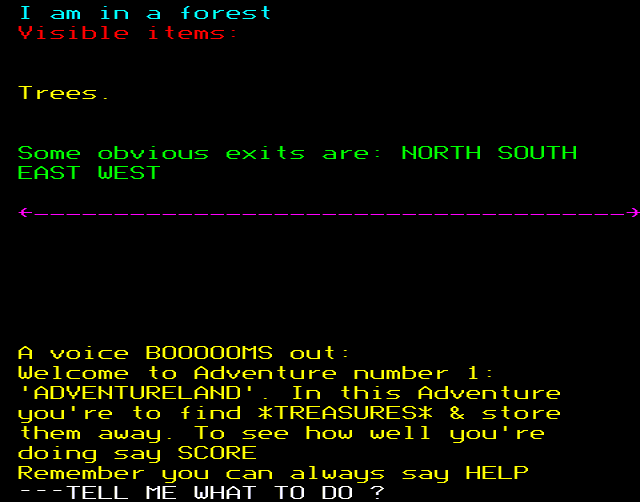 Adventureland was the first commercial text adventure game for a home microcomputer.

Adventureland was originally sold via the TRS-80 Software Exchange in SoftSide magazine. It was first advertised for sale in the January 1979 issue, which, because of the way magazines are dated, was probably in late 1978.