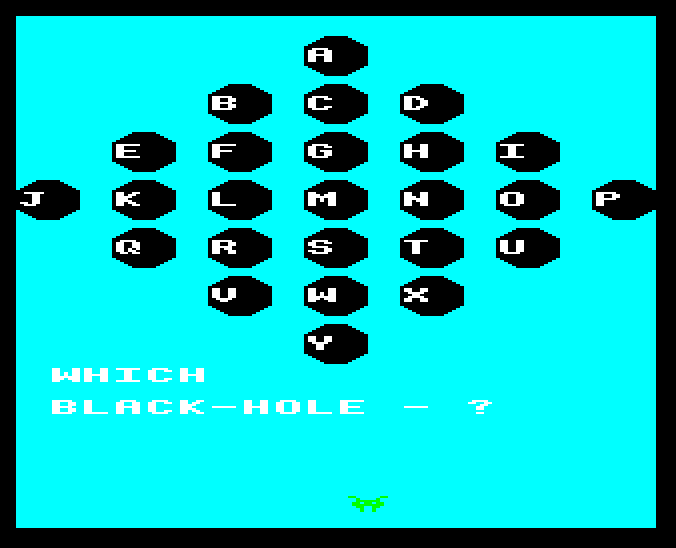 Published on the Model B Computing cassette number 7 in October/November 1984.

Published as part of the PCW Games Collection.

Black Holes is not a high-speed action game, but a game of skill and strategy with a little bit of luck thrown in for good measure.

Twenty-five aliens appear at the bottom of the screen, one at a time and in one of five colours. The colour of each is chosen at random and your task is to store these creatures in the black holes. Each black hole is identified by a letter, and you choose them by pressing the appropriate keys on the keyboard.

The first four aliens that appear must be placed in the four corners of the grid. After that they may be placed anywhere on the screen, providing the following rules are obeyed:

Each alien must be placed next to another one.

Aliens of the same colour must not be placed next to each other.

Aliens must be stored before they cross the screen, otherwise the game is lost.