(AKA Search And Rescue) 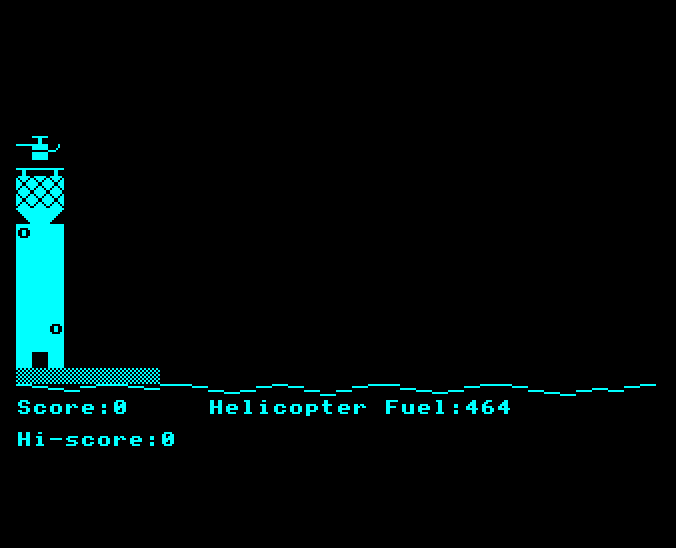 Originally authored by Geoffrey Little and Michael Orton for the Commodore PET, and published in Personal Computer World in December 1982.

The program was converted for the BBC Micro by Paul Borrett and published on the Best Of PCW Software For The BBC Micro compilation from Personal Computer World magazine. These compilation cassettes were published by Century Communications Ltd. The accompanying book contained the following description:

This is an exciting game, with good graphics and sound, requiring some skill in successfully piloting a search and rescue helicopter on its rescue mission.

By using four different keys: up = ':', down = '/', left = 'Z', and right = 'X', you move the helicopter into a position to pick up men from a ship in distress and deliver them safely to land. However, you only have a limited amount of fuel on board, so don't stray away from the land for too long and beware of crashing into the sea!