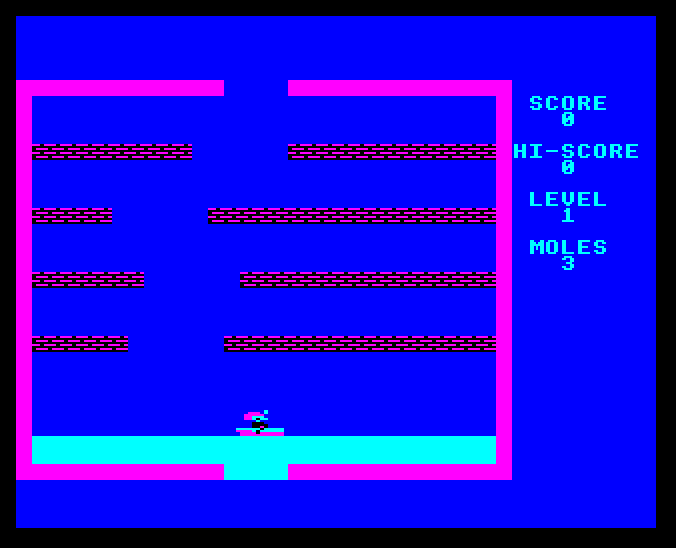 Originally authored by Anthony Crowther for the Commodore 64, and adapted for the BBC Micro by James Byrne.

Monty the mole's baby brother is trapped in a series of deep, dark underground caverns which are slowly filling with water. Luckily he has found an old boat and is rowing like mad – he has to, to avoid the barrels which are mysteriously tumbling down on top of him.

The walls are also a source of danger, as they will sink the boat if it bumps into them. He will also be crushed to death if trapped try the rising tide against the ceiling of the caves. However, you can help the miserable mole by steering the boat safely through the maze of caves. Strangely enough you can also use the flood to float the boat to the surface at the top of the screen faster. Your controls for this subterranean mission are:

Can you save the mole from a watery grave and get him back to his mummy?