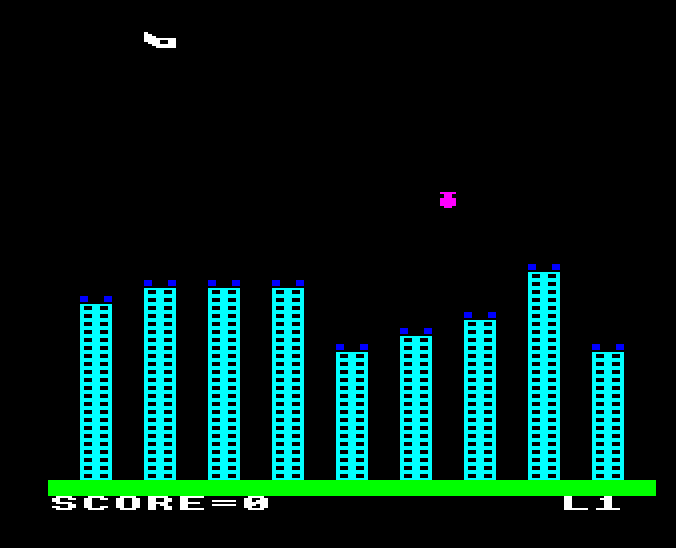 Published on the PCW Games Collection from Personal Computer World magazine. These compilation cassettes were published by Century Communications Ltd.

This is a shoot and bomb game where you are flying an aircraft over an enemy city. The plan is to hit the skyscrapers with your bombs, but these are tall tower blocks so you are also in danger of bashing into them as your plane slowly loses height during the game.

You can move the plane down to get closer for better bombing aim and you have a laser gun mounted at the front of the plane for forward firing, in case you get too low and have to blast the top off a building to avoid it. Unfortunately this will only fire four times before it runs out of laser power. Your controls are: